So I've been MIA from Social Media for the last few months, what have we been up to I hear you ask. I think it best I do a bit of a round up of the first half of this pregnancy.


I've been reluctant to write down my genuine feelings, because I feel guilty. Guilty for not planning this pregnancy, guilty for not wanting it, guilty for not feeling anything towards bump. I don't want him to ever read this and think he wasn't loved and cared for, because I'm sure by the time he can read I'll have worked through everything, and I have no doubt he will be loved just as much as his brothers, but for right now I'm struggling.
I also feel terrible even saying things like that because there are women who'd give anything to be carrying a baby. I in no way want to belittle their battle, I'll never be able to walk a mile in their shoes, in the same way, they'll never be able to walk a mile in mine.
I've been unable to find much reading on line, and although I asked for a referral to a maternal mental health team at 6 weeks I'm yet to actually speak to someone.
I've never made any secret of the fact I struggle, and always have with my mental health, so much so I feel I talk about it too much, my friends and family must be bloody sick of me at this stage. Some of the helpfull comments made by people I have opened up to have made me feel even worse, further tabooing the subject of perinatal depression, and making me feel like how I'm feeling is wrong and that I shouldn't be saying what I am.

For all of these reasons I think it's best I'm completely honest. I have no doubt other people must feel this way through pregnancy, and if I can find one person and make them feel they're not alone, it's worth it.

I'm currently 22 weeks pregnant on my 3rd son. I have continued to go to my Slimming World meeting, and feel that's the reason I haven't been sick. I'm 24lbs lighter now than I was at 22 weeks on Daithí, and I  am still lighter than I was 22 weeks ago. After battling to keep my bulimic tendencies at bay throughout my last two pregnancies, I am glad, at least, that is not something I am dealing with this time.  I am still over-weight (not obese any more!), but I think I was getting to a place where I didn't hate how I looked before I got pregnant, and know that by limiting the damage I do, I can get back to that place sooner after he is born.
Perhaps the fact I was on a path to accepting my body (I don't ever think I'll like it), and falling pregnant is part of the reason I hold so much resentment towards it.

A third baby, all under 4, means we needed a bigger house, a bigger car and a bigger buggy. 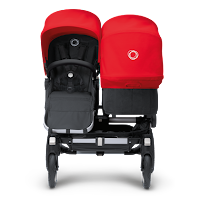 I had wanted a double on Daithí, but Shane insisted we didn't need one. He was wrong. So this time I put my foot down. I did my research, and came to the conclusion there are fuck all options out there for decent, affordable doubles. I wanted a side by side, I wanted to be able to face the baby towards me in the pram, while Daithí faced out in a seat, and I needed Fionn to fit on a buggy board. I also needed to be able to throw a car seat on the buggy if needs be. The only option? A Bugaboo Donkey at £1200. Fucking ridiculous, but considering we'll be using it for the next 4 years, I'm justifying it to myself. She's beautiful though! All shiny and new and light and pretty and practical!!

A bigger car, was an even bigger bone of contention with Shane and I. He wanted me to drive a stupidly big Van with seats put into it. Using silly words like 'cross over' and 'conversion' did not fool me.  Not a fucking hope am I driving a van again, not after 3 years of the Seat Inca. 'But a Van is cool', he says. Is it fuck. I want a car, an actual car.
Again, the options for cars that safely fit 3 car seats are limited. There's like 5 on the market!! We've settled on a 9 year old Ford Galaxy. It's ugly as hell, but it safely fits the kids' seats, and has the option of 2 extra seats in the back so we can still do airport runs for when Aunties and Grandparents feel sorry for us and come help for a weekend.

The house has probably been what's causing the most stress for me at the moment. It started when Shane made an appointment for the agent to come to take pictures and list our house without telling me. Que the frantic cleaning, tidying and hiding of all of the things. There wasn't enough time, the pictures looked shite. But still the house went on the market. What followed was 6 weeks of viewings at all times of the day. Impossible with 2 young kids. It sold eventually, for under asking, no thanks to the useless estate agents, but I'll be taking that to them once everything is finalised.
I spent weeks chasing agents and going to viewings of new houses. Shane and I had very different priorities. Shane wanted a project house. Knowing full well it would fall on my to manage the entire thing, and we'd be living in a state of 'it will do' for the next 10 years, and because I quite like being married, I pushed for somewhere that doesn't need too much work. We must have viewed 50 houses, some twice. But the place we bought was actually one of the first. Every time we asked Fionn which house he liked, he said 'I choose the cat house'. He was terrified of the cat who lived there, but for some reason he kept saying he wanted that house. so after 3 viewings, we made an offer, it was accepted, game on.

Then came the JOYS of chasing estate agents for Sale Memorandums, and responding to solicitor inquiries, and mortgage meetings with banks. Fuck me, it's a lot. It's even more when you're doing it yourself. Shane showed up (late) when he had to, but everything else was and is being done by me. All contracts, and phone calls, and emails and printing and signing and posting. There's a fucking lot of 'correspondence' that needs doing. I've done everything I can now, It's all just a waiting game at this stage, so I just need to hope nothing holds anything up, and with any luck we'll be in the new house by the end of the Summer.

I'm hoping, that once everything has settled down, I can start enjoying this pregnancy, and I'll stop hating it. I'll start to feel something towards the bump, and I'll feel some level of excitement to meet him. But right now I'm tired, I'm stressed, I'm completely over whelmed by everything, and I'm, not able to see a light at the end of the hormonal tunnel. I feel so trapped by the entire situation and can't seem to shake the constant feeling of foreboding.
I've accepted my entire 20s will be a write off of pregnancies, breastfeeding, and battling with my weight, but even then, where will that leave me 30 with 3 kids, and no career to speak of? I don't like feeling this like, I don't want to, but I know it's something I have to deal with. I need to stop whining, pull on my big girl pants and get on with it.
I have no advice to offer, so this is probably no real help, but if you are feeling shite, it's not only you. Ask for help and keep asking till you get it.
I'll have a meeting with a professional soon, and I can start working through some things. Until then, this might go as a bit of an explanation as to why I've been quiet, a bit out of sorts and a shit friend lately.