I'm having internal battles with myself. I've been having nightmares, replaying every stupid thing I've ever said in my head.(literally as far back as I can remember! Things from primary school!) Looking at pictures of every awful outfit I've worn. (Like the awful singers on xFactor, why did noone ever stop me). Reliving the fear after every night out, where in the moment I'm convinced I'm being charming and eloquent, but upon reflection I was a drunk, messy, loud mouth.
To co inside with the Covid-19 restrictions, the start of this month marked my 30th birthday. I was starting to get excited. My husband and I often joke, that we can't have nice things. The kids normally destroy them, but I was getting excited for this.

I had saved up and ordered myself a set of four stacking rings with the stones made from my breastmilk. One ring for each of my 3 boys and one for the donations I made. (I donated after all 3 boys were born, 13400ml in total). Pumping for the rings was my last act of breastfeeding, as my eldest (2yr 4m) has just finished feeding. (Finally!!! It's been over 6 years, I'm tired!!) But the company has closed temporarily so there will be a 3-6 month delay on it.

My husband had arranged a surprise party, with dozens of people, some even flying in for the occasion. (We've recently moved back to Ireland, so most of my friends are in UK). I of course didn't know about it and it was rightly cancelled due to the restrictions. Bummer, but nice to know people like me enough to come!

But what's set my back confidence wise more than anything is having my first tattoo cancelled. I've wanted a tattoo for as long as I can remember, but always put it off, untill I was fitter, skinnier, sexier, till after the kids, till I felt worthy. I've been saying this to myself for at least 15years. I remember first dieting at 10, I first made myself sick at 12. But I don't want to think that way anymore. Me, deciding to get a tattoo was my way of accepting my body. Of telling myself you are worthy. I've spent 20 years of my life hating myself because  ofhow I look, I wasn't going to spend my 30s feeling the same.

I know it'll be prosboned, and I'll get it when everything gets back to normal, so long as I can afford it then, with both of us loosing our jobs, normal may look differently for a while.

This while situation has made me take stock of a lot. Think about how I feel about me. When I was a little girl I never dreamed about my wedding day, or how handsome my husband would be or how beautiful I'd look in a dress. I never dreamed anyone would ever want to marry me. I always longed for someone to look at me and find me attractive for me. Find me funny as an equal not as the butt of a joke. Want to be with me for me, not as the consolation prize, or as the forefit of a dare. I never dreamed I'd have kids. Or I'd have friends for that matter. But, looking at 30yo me, 15yo me would never in a million years believe I exist.

But this isolation is making the voices creep back in. I look at myself in the mirror and I like what I see, but then I check myself, and say no, because I'm not what society deems attractive, or sexy. I'm 5"10', 190lbs, I have stretch marks, a double chin, a flabby belly and my thighs rub. But I'm fit, I'm strong, I'm a good person. I deserve to like what I see looking back at me in the mirror, but the voices won't stop. And I don't know how to make them.

I know Shane finds me sexy. Well, I think know he does, he's not very good with words. For a few weeks, I've been trying to take sexy photos and send them to him, but he doesn't respond, or even acknowledge them for days, but he says he gets them and he likes them when pressed. He's struggling too, he's lost his job again, and after moving his family back to Ireland, to now face unemployment is weighing heavily on his shoulders. It still feels like a rejection though, and after spending my entire life seeking validation, it's a bitter rejection to take.

‌I know these are all superficial, first world problems, given the global crisis we're facing, and I haven't even touched on the kids and that level of crazy, but I'm trying to focus on me for a bit. Taking a Body Positive approach to my mental health, and shake this negativity I'm feeling creeping in. If you've gotten this far, congratulations! I know I can waffle on a bit. I don't even know why I'm writing, it's as if it's easier to throw these thoughts out into the ether than directly to someone, there's less pressure for a response, and less expected judgement.

Passport Photos are the actual worst. 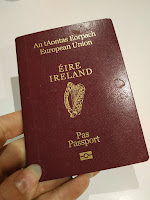 I got my last passport so Shane could take me to New York for my 21st.

We visited America, Spain and Thailand and moved to England on that passport.
We had 3 children and bought/ sold two houses.
We spent a year apart, and moved back to Ireland.

Now with an impending 'big birthday', and the kids a little older I'm starting to look at me again. All the girls I went to school with are turning 30 and look amazing in the photos.
The only photos I have of me are selfies stuck under the kids. And this dammed passport photo. 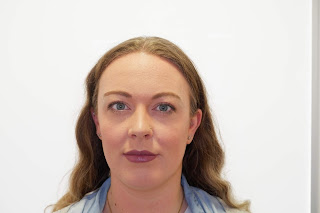 I look like a bloated convict.
There has to be a way to get a nicer passport photo, because I physically can't look at this for the next 10 years. 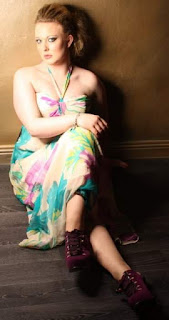 I've always tried to be body positive, and celebrate my curvy frame. Remembering a time I was a finalist for Simply Be and time presenting and my stints as a plus sized model on TV, but that was over a decade ago, and to look at that girl I don't recognise her in me anymore.


I'm too young to say I've let myself go, but that's exactly how I feel. I eat fairly ok, I exercise regularly, I work, I get involved in the community, but all I can see when I look in the mirror is a tired, over-weight burden.

I've spoken to Shane recently about how he hasn't changed that much since having the kids. And what has changed is hailed as a 'DadBod', in the media.

Women have a much different landscape to deal with. We give up our entire physical appearance. Inside too, when we have kids. Things change, they feel different. You look so different too. And we have the fix it. Constantly bombarded with fad diets, bootcamps, pills.
And it's not just shit you can see. We're reminded it feels different for our partners after we've had babies too so we need to do kegals and keep down there tidy.
Fuck off!
The "get your body back" tag line is everywhere. I'm sorry but that body doesn't exist any more!


I know that logically, but it didn't help when Daithí grabbed my belly when I was getting us dressed after swimming yesterday, shook it with both hands and said 'why is your belly so wiggly Mammy', I wanted the ground to swallow me up, but I managed something about growing him and his brothers bal bla bla.

Buy I'm sorry, the thankless bullshit of motherhood isn't enough to make up for how much it's fucked my body up.


I've joked that my hair colour is a carefully constructed 'motherhood neglect', and that there's no point getting my nails done, they'll only get ruined. But the truth is, I feel guilty spending that much money on something that isn't necessary. I feel guilty having the kids minded for so long for something so frivolous. I feel guilty for prioritising how I look, when the house looks like a bomb hit it
Every. Single. Day.

The rare few minutes of them being sweet to eachother, or the one off times they're actually really funny doesn't out weigh the constant needing, and whining, and whinging, and wanting, and fighting.

I don't have a profound or insightful message to end this on. I'm struggling to find the silver lining, or the positive spin. It's just a bit of a rant to throw out into the abis, cos I can't actually fit in a councillor session ATM, and I miss my friends so bloody much!! But is it too late to give up on this Motherhood milark, I don't think I'm cut out for it. It's not for me.
Posted by Oh Boy Story at 17:47 1 comment: